Do you want to learn a little more about the Eternal City and its origins? Then look no further than this handy pop quiz full of ancient Rome facts.

1. Rome was founded by twin brothers

Twins Romulus and Remus were abandoned by their mother at birth, but discovered by a lone she-wolf who nursed them. They then grew up to found a city, but had a fatal disagreement over who would rule. Romulus killed Remus in the fight and named Rome after himself.

You can find the original bronze statue Capitoline Wolf, of the wolf suckling the brothers, inside the Capitoline Museums. 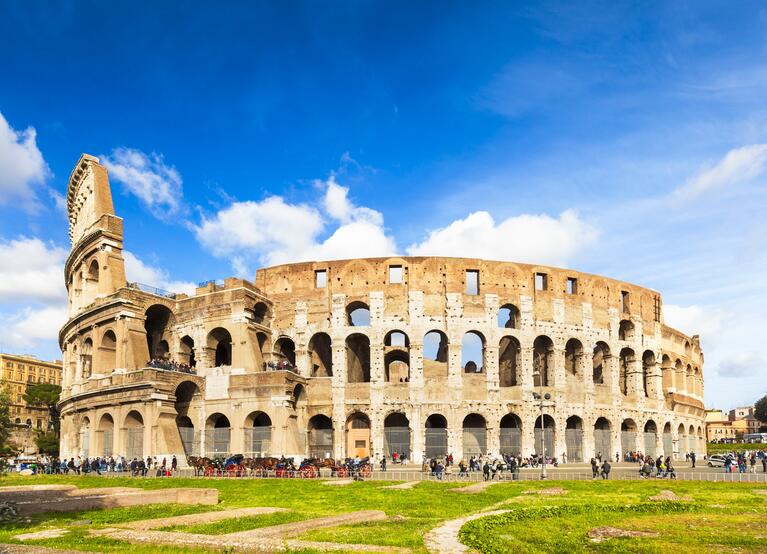 2. The Colosseum was once filled with water

The legendary stadium served as the location for gladiator combats, animal hunts and even… naval battles. That’s right, great ships were built and ‘sailed’ out into the flooded Colosseum where theatrical battles would be held, with hundreds of actors and live animals including alligators in the water!

3. The hills of ancient Rome influenced the language of today

Capitoline Hill, the location of political power in Ancient Rome is responsible for the word ‘capital’ we use today. Not only that, but neighboring Palatine Hill, home to temples, monuments and religious structures gave way to the word ‘palace’. 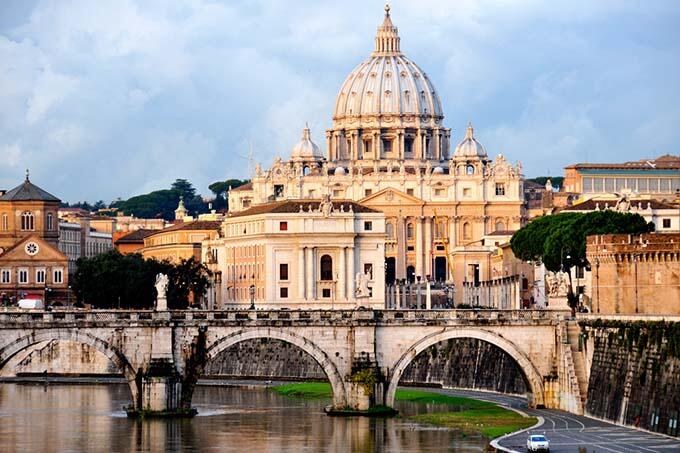 4. Rome is the only city with a whole country inside it

Vatican City, the smallest nation in the world, lies wholly inside Rome, taking up just 44 hectares. Governed by the Pope this tiny city has a population of just over 800, its own army, its own currency and its own post office!

5. Ancient Rome was home to the largest stadium ever

Circo Maximo was a vast chariot racing stadium. It was so big almost 3 Colosseums could fit inside. On race days, it could welcome 250,000 spectators - the largest stadiums of today cannot even hold half that number! 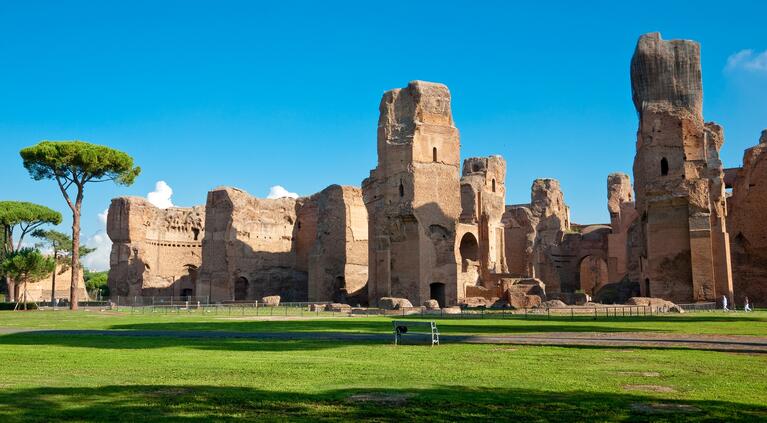 6. Romans are the inventors of health spas

The Romans took bath time very seriously. The word ‘spa’ comes from the Latin term Sana Per Acquam (health through water) and ancient bathhouses are still enjoyed to this day.

Check out the ruins of the Baths of Caracalla to get an idea of how the Romans would get clean and unwind.

To this day, St. Peter’s Basilica is the world’s largest church and the center of Roman Catholicism. With its opulent decorations and stunning vaulted ceilings, is it any wonder construction took so long to complete? In fact, five different architects took the helm during this magnificent structure’s build. 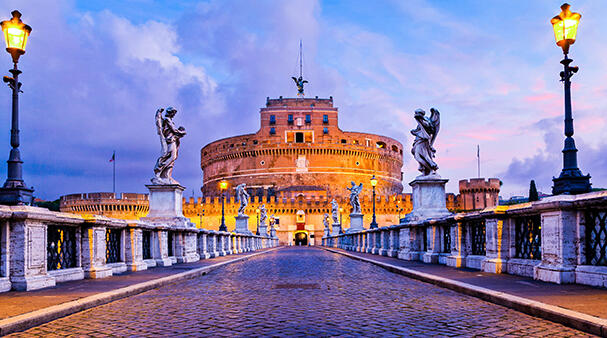 8. Archangel Michel appeared over the city to signal the end of the plague

Yep, Archangel Michel is said to have appeared above the citadel sheathing his sword as a sign that the Justinian plague of 590 had ended. Formerly known as the Mausoleum of Hadrian, the building was renamed Castel Sant’Angelo to honor this event.

Pick up an Omnia Rome and Vatican pass and make great savings on attraction admission.

You can use your pass to gain free entry to Rome and Vatican City’s top attractions, as well as discounted entry to lots more museums, landmarks and famous locations.